Skip to content
March 3, 2022 Ken Johnston
Yesterday I traveled to Seaford, Delaware where I met and talked with a group of 64 fourth graders from the Sussex Montessori School. I led the students on a 2-mile Walk to Freedom reimagining Harriet Tubman’s rescue of a woman named Tilly from Baltimore in October 1856.
Tubman, 36, posing as a free African American traveling from Philadelphia fled with the woman south down the Chesapeake aboard the Steamboat Kent and up the Nanticoke River to Seaford. In Seaford, she marched uphill to the only hotel in town and demanded a hotel room for her and Tilly, no small task for two Black self-emancipators during the time.
The next day after being briefly stopped by slave traders, Tubman led Tilly on foot eight miles to the next town over Bridgeville, and boarded a train to Camden, Delaware, about 40 miles north. From there she was guided safely to Thomas Garrett’s Wilmington home and onward to Philadelphia, where Tilly’s fiancé was waiting for her.
After our walk I answered questions and presented a brief slideshow on my walks retracing the footsteps of Harriet Tubman and the Underground Railroad while the children sipped hot chocolate. 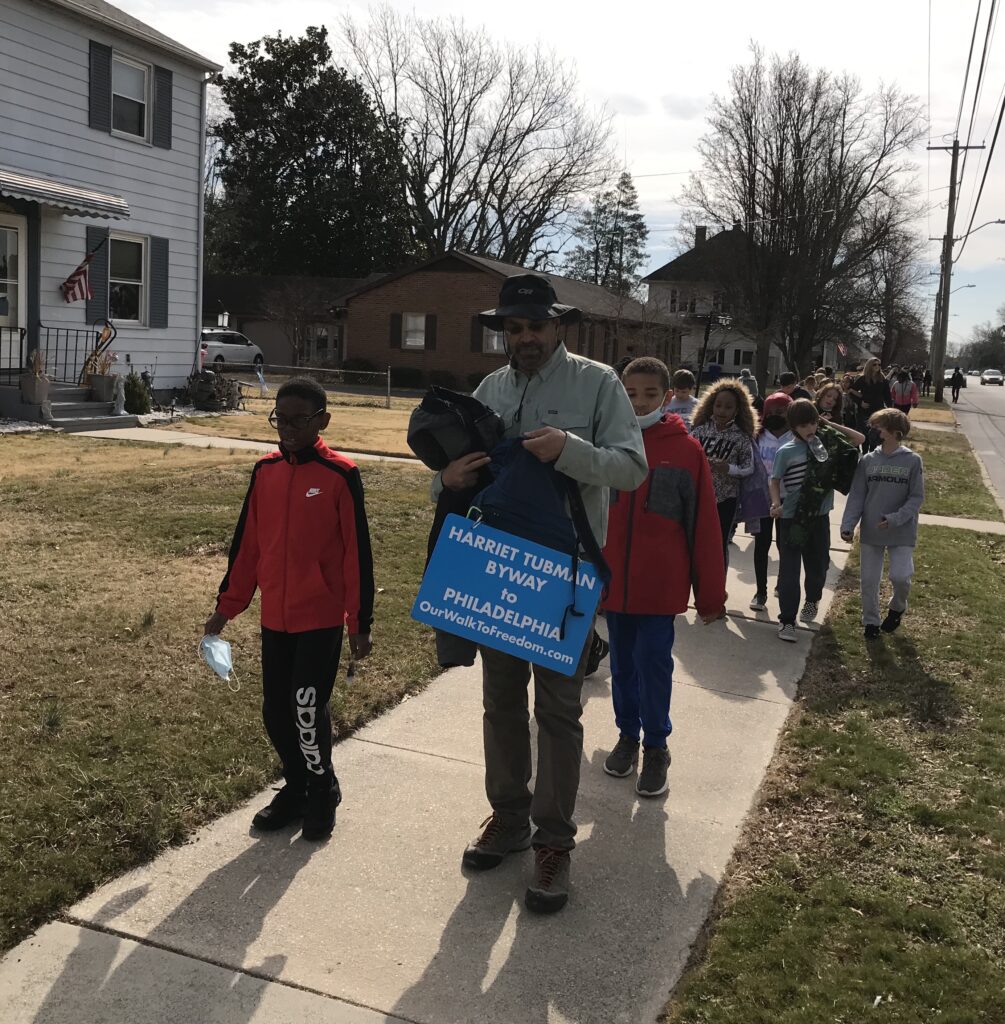